Aristocratic Tarakaniv fort (the new Dubno fortress) resembles British colonial architecture with its exquisite lines, the same flow of the outline, a great number of arcades and architectural decoration. An excellent landmark of the fortification art of the 19th century located in the suburbs of Tarakaniv village, Rivne oblast, is abandoned today, and thus is the most mystic destination in Ukraine.

If you’re thinking about what to do in Ukraine, you can visit the fort by taking our tours from Lviv: 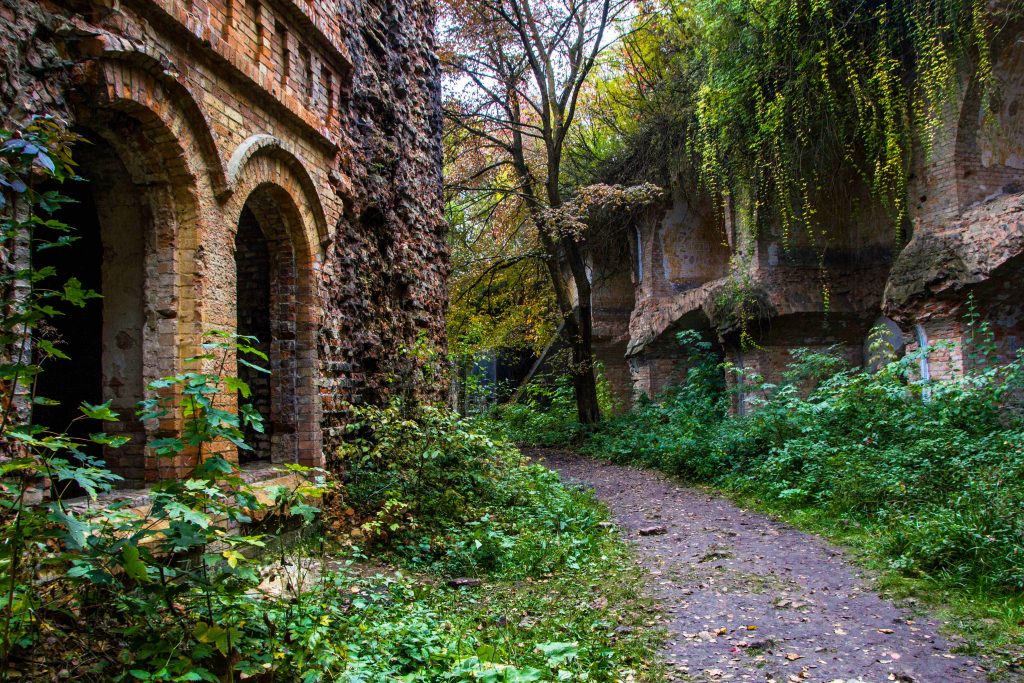 The fort that showed good strategic promises had bad luck. It resembles a ceremonial bystander, important, well-dressed, but under its facade, it  experienced true military history.

Today the fortress, being taken over by time and physical factors, fell into disrepute. People wander around by day; at night the sounds of a ghostly combat march is heard. This is the contrast of fatal beauty and hidden danger that draw the attention of stalker tourists to casemates and the fort underground. They try to figure out the mystery of the citadel and lift the veil of its legendary past. Trees are growing through the walls, brickwork is getting ruined, and silence dominates in dark and damp casemates. 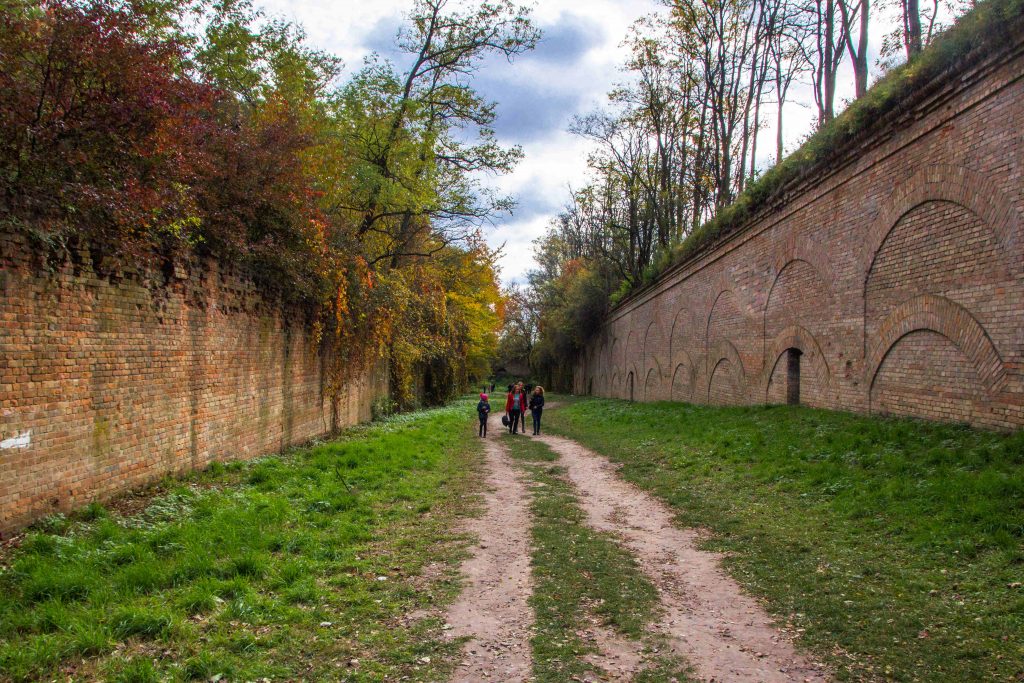 The history of Tarakaniv fort 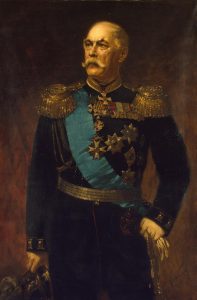 Tarakaniv fort was constructed to guard the borders of the Russian Empire in the latter half of the 19th century. The new system of defensive lines was designed by prominent military engineer, Eduard Totleben. According to the plan, one of the most important fortified strongpoints on the border with Austria-Hungary had to be a construction to defend Dubno and a section of Kyiv-Lviv railway track. The construction works upon Eduard Totleben’s project started in 1873. 66 million rubles were allocated for the building from the imperial treasury. The construction was only completed in 1890 since the engineer passed away.

When the members of the imperial family arrived to see the fort, they were shown a well-armed fortified complex with a land area of 4 hectares, 6m high walls, a powerful system of underground levels and a modern infrastructure. The fortress was equipped with a ventilation system, electrical supply network, water pipeline, wastewater disposal system and even telephone connection. To serve the needs of the garrison there was a medical location, dining room, laundry room and bakery. There was also a garrison church. The fort was armed with 40 cannons of different calibers and 10 machine-guns. Even though the fortress was so powerfully developed, it didn’t manage to fulfill the mission. Unrest among the soldiers in 1905 resulted in the garrison break-up, and the fort itself was turned into a prison. 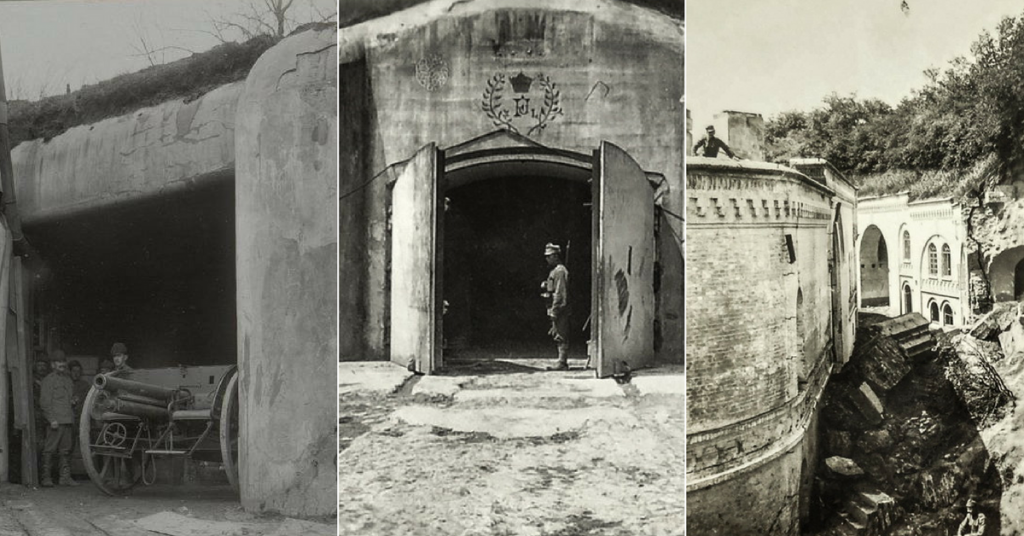 The fort’s combat debut happened in the days of World War I, during the fierce artillery attack of the Russian Army. At that moment, the building was invaded and was under the rule of the Austrians. During this time, the fort was largely destroyed. Hills marking the tombs of the Austrian soldiers who defended the fort remain, to this day, in the neighbouring forest. In 1920 the fortress hosted part of the Polish army who the army of Budyonny attempted to eliminate. At this stage, the mission of the fort was completed. 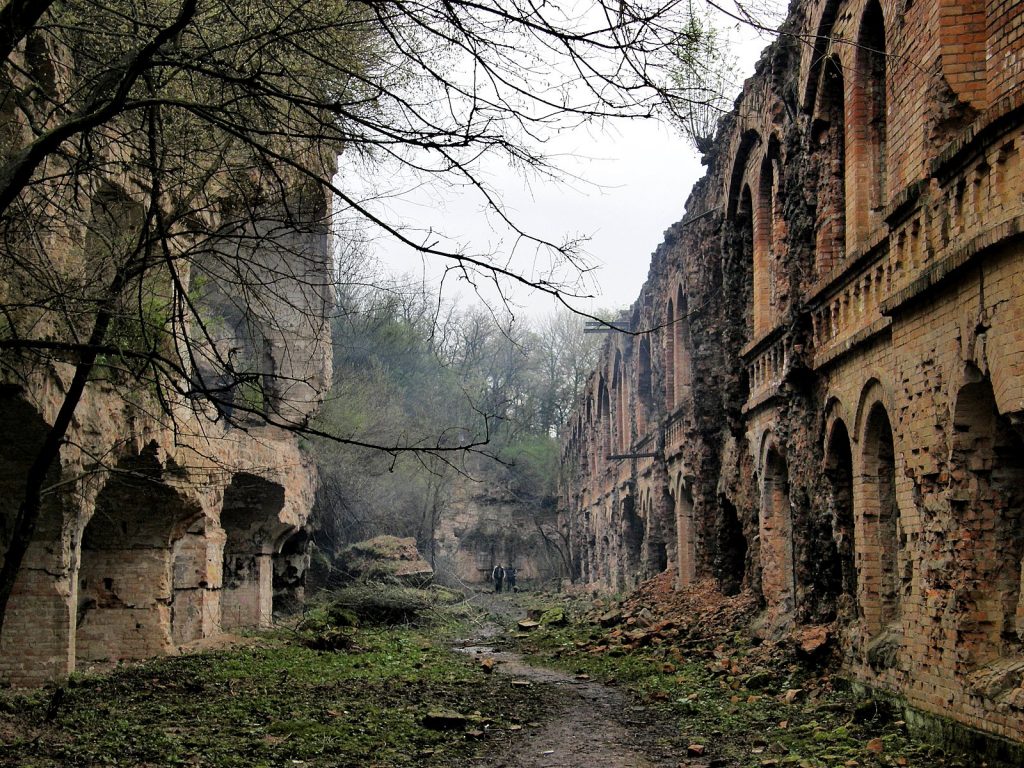 During World War II, military action passed by the fort, but during the postwar decades, the NKVD (the People’s Commissariat for Internal Affairs) department left passages embedded in concrete. It is still a mystery what was buried under the thick concrete. In the years that followed, the fort was adjusted to try to store canned food and spare car parts. However, these attempts were all for nothing due to the excessive humidity and lack of ventilation. For many years the fort served as a shooting area for the military and at the same time, it started to break down, turning into precious ruins. Illegal excavations made their obscene mite to the fort as well. Today the fort is owned by the Ministry of Defence of Ukraine, together with a number of deserted landmarks.

Things you can see in the fort

The outlines of Tarakaniv fort resemble a rhombus. The defensive system included a deep moat and earth banks, fortified with a sustaining wall with ornamental laying. The citadel was connected with the outside with two bridges and underground tunnels. Around the area, there were fabulous buildings, 105 two-tiered casemates with ornamental friezes and pilasters. Casemates were used for the lower workforce of the garrison, household, and military needs. During the military actions, the casemates could hold up to 800 people. 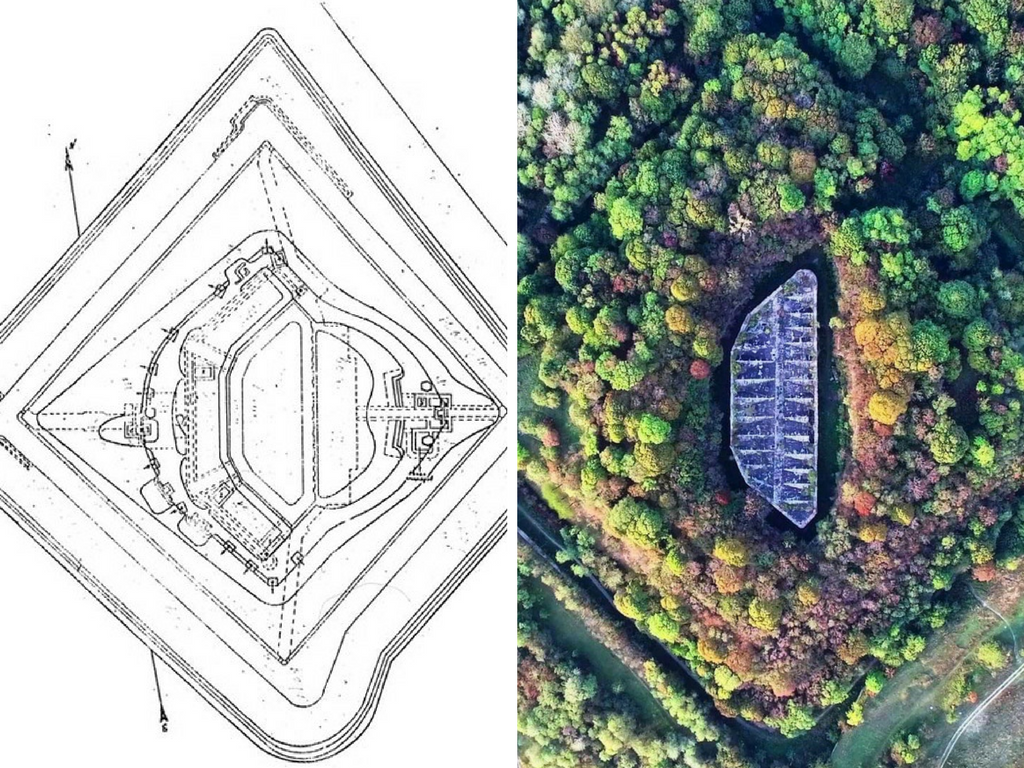 Fancy officer corps faced with red bricks as casemates were the central building of the complex. It hosted the headquarters of the governor of the fort, living and household rooms for the troop of the artillery arm. The officer corps and casemates partially survived and now they impress with its non-military exquisiteness. 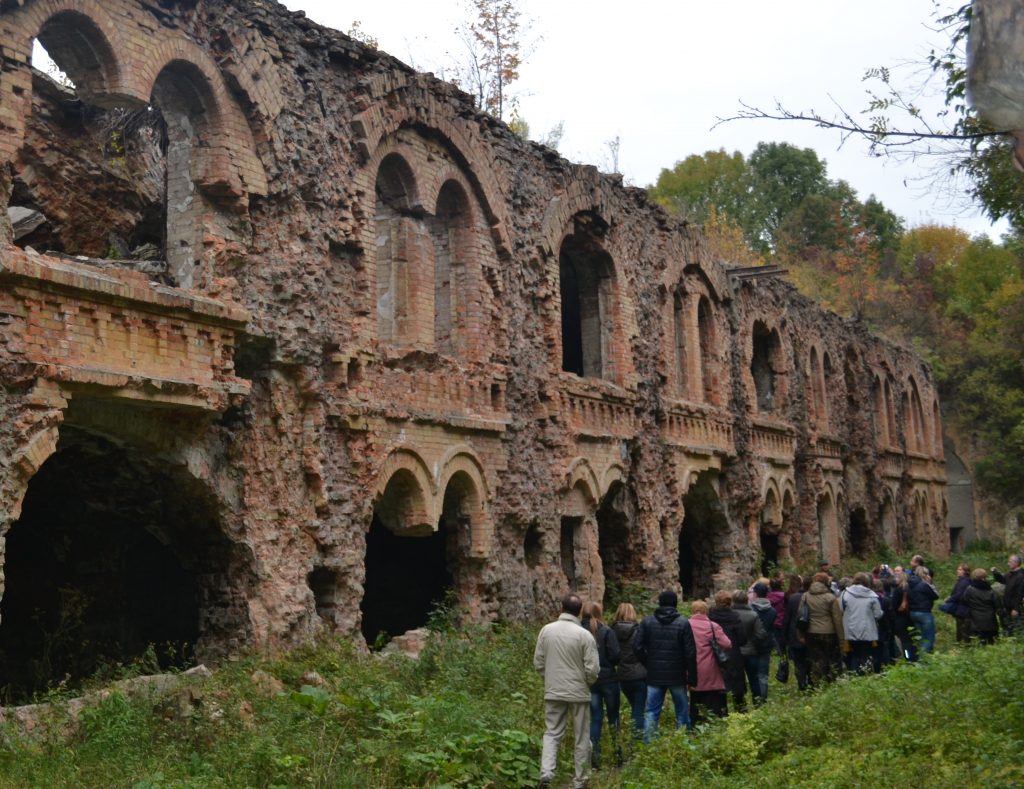 The branching network of the underground passages of the fort, equipped as a gun port, is secretive. There were underground corridors under the earth bank as well. Today the construction is officially closed for visitors, but thrill-seeking tourists are eager to explore the unknown, so they come in groups and alone to Tarakaniv village in Dubno region to get into the territory of the ghost fort. 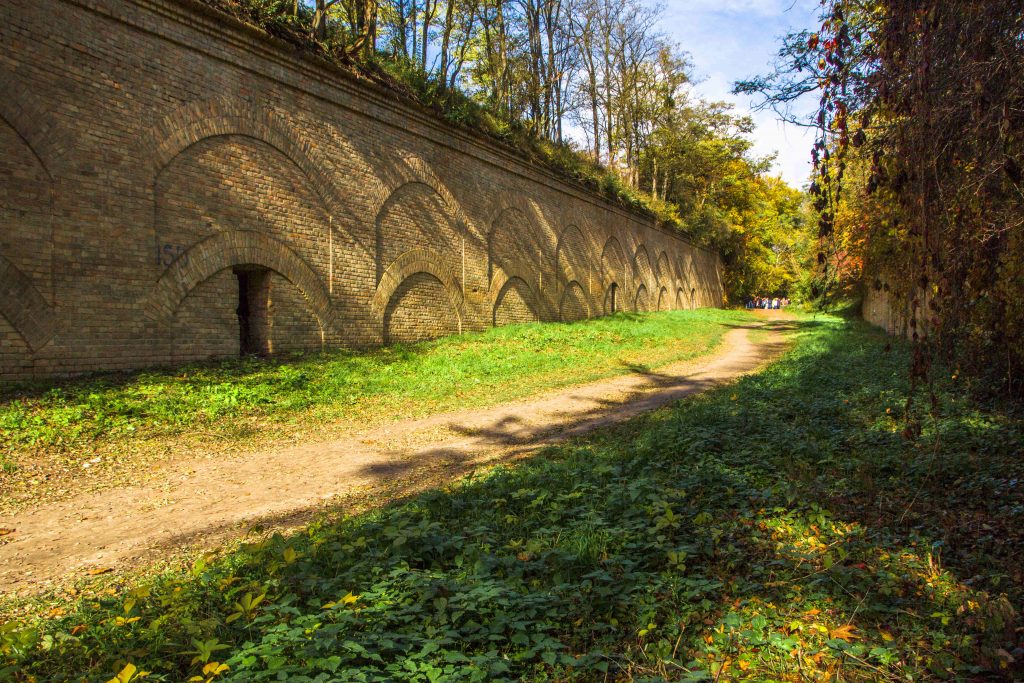 Legends and pitfalls of Tarakaniv fort 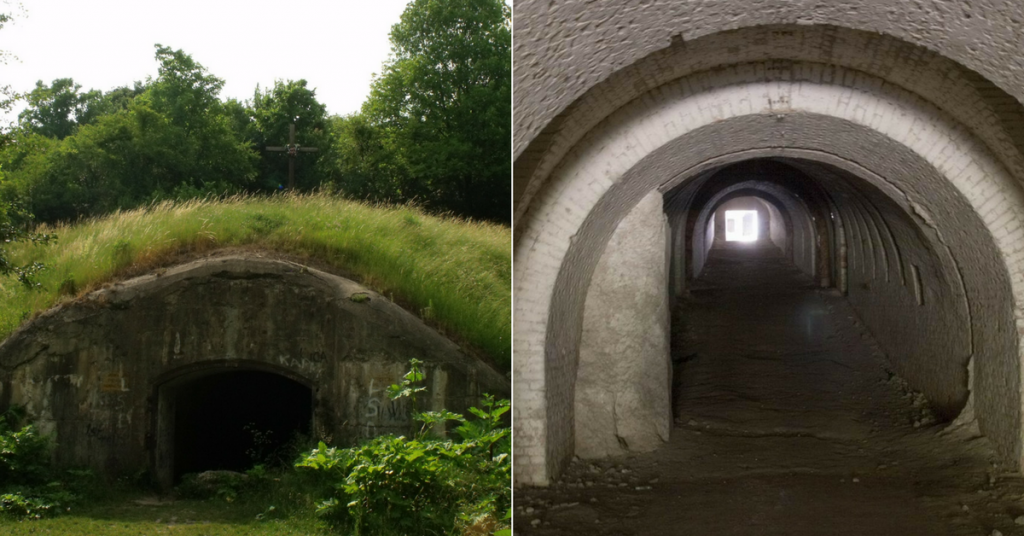 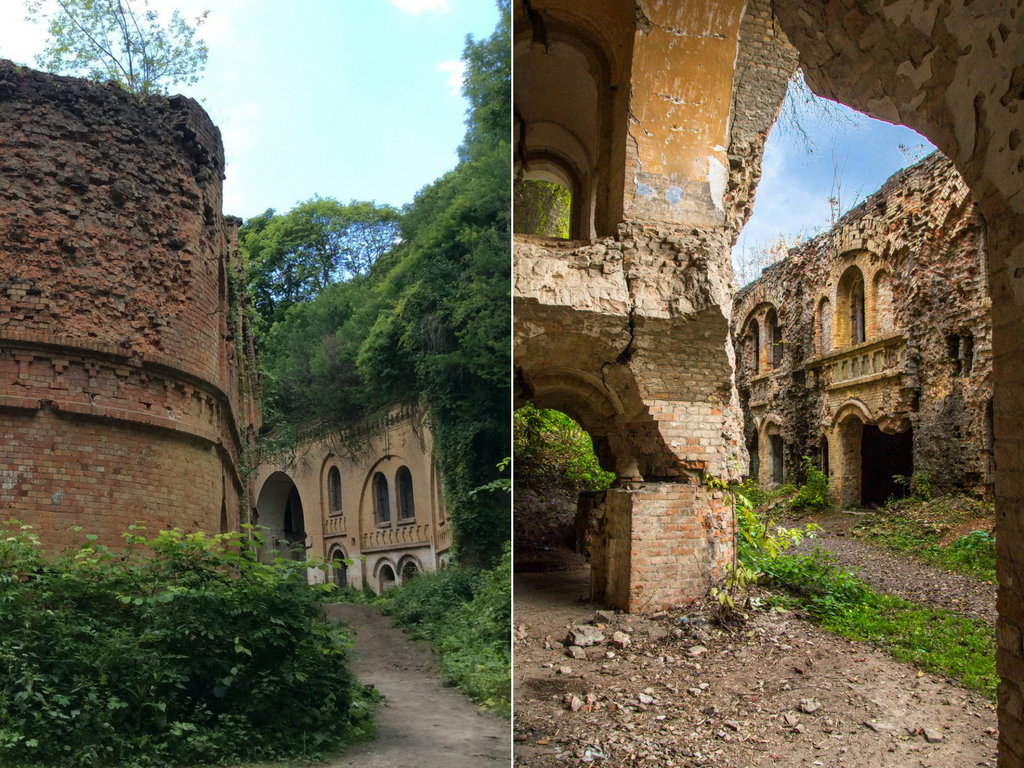 Unlike with the pretty decent and neat Dubno castle, the Tarakaniv fort attracts with its wild architecture and the mystery of the legends. If you are a thrill seeker join our tours: