Transcarpathia, also called Zakarpattia is a region in western Ukraine. It is famous not only for its picturesque landscapes and panoramas, unique natural and historical monuments but also for its authentic folk art, healing thermal waters, and original dishes of national cuisine.

There is eclectic architecture, eclectic painting – and in Transcarpathia, there is eclectic cuisine. The historical destiny of the region has led to the emergence of a unique international gastronomic cauldron, to which Ukrainians, Hungarians, Czechs, Romanians, Roma, Germans, Jews have added their own ingredients. Traveling through Transcarpathia, you can get to the cuisine of different countries and enjoy all kinds of perkelt, riplyanka and langoustines.

If you want to try the best Transcarpathian food, join us on our tours. We are Vidviday Tour Operator – a local travel agency based in Lviv, awarded Best Tour Operator of Ukraine 2020 and 2021.

You can taste Transcarpathian on tours:

The history of hearty and spicy Hungarian food is lost somewhere in the past millennia on the vast paths of proto-Hungarian tribes. Bograch-goulash came to the modern table from green pastures, where for many centuries Hungarian shepherds conjured over cauldrons (bograchs). One can only imagine the taste of the predecessor of modern bograch, which absorbed the aromas of fire, assorted meat, mint, verbena, juniper. The recipe of the classic bograch has undergone improvements over time, however, the traditional trio of meat, spices and cauldron remains the unchanging rule of cooking true bograch. 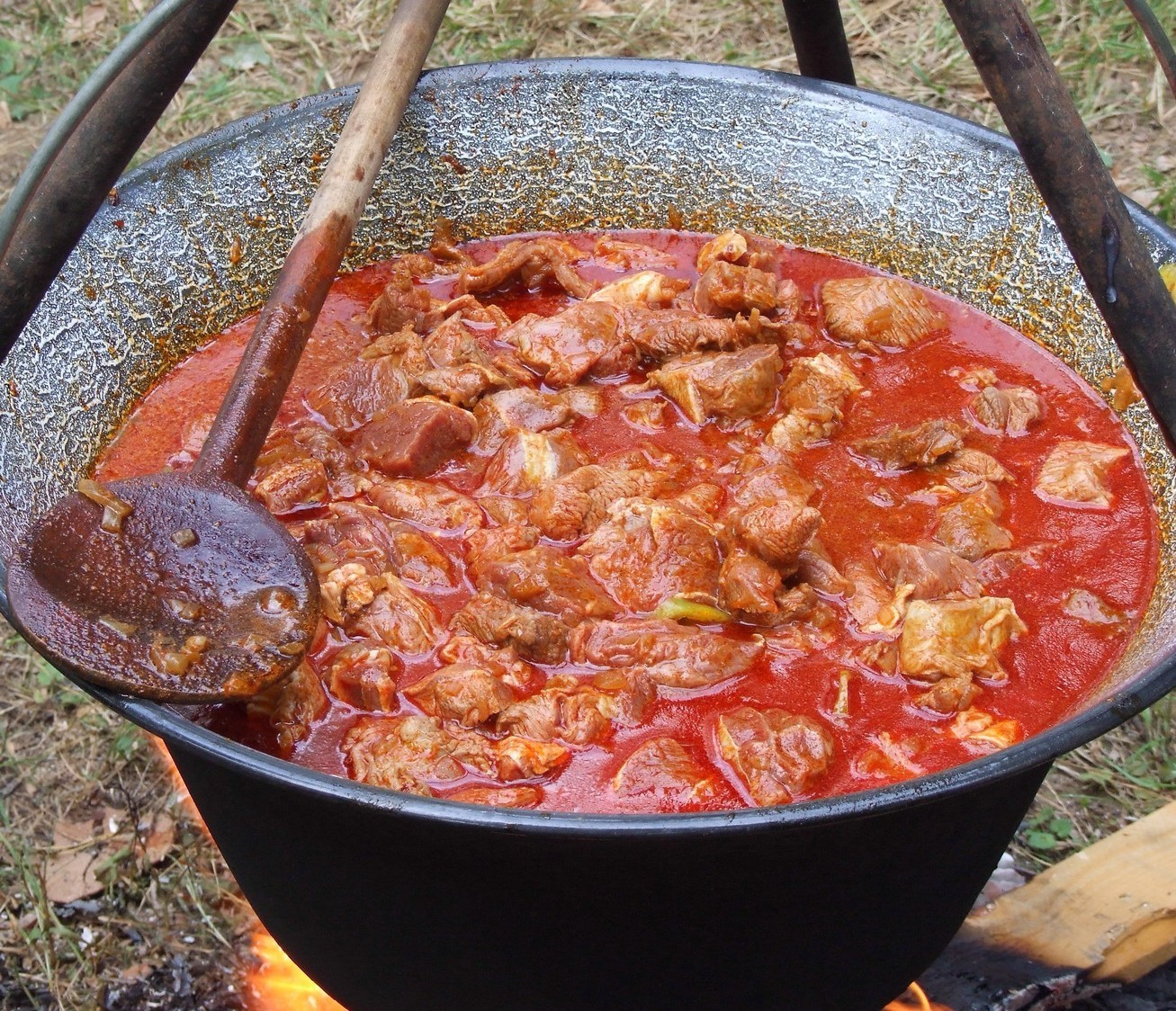 The name of the Hungarian national dish perkelt translates as “fried”. Pork, onion, tomato, garlic and paprika are the basis of disno perkelt. Everything is fried and stewed, spreading dizzying aromas, and when it hits the table it is polished away in an instant.

You may also be interested in Around the Carpathians in 7 Days tour. 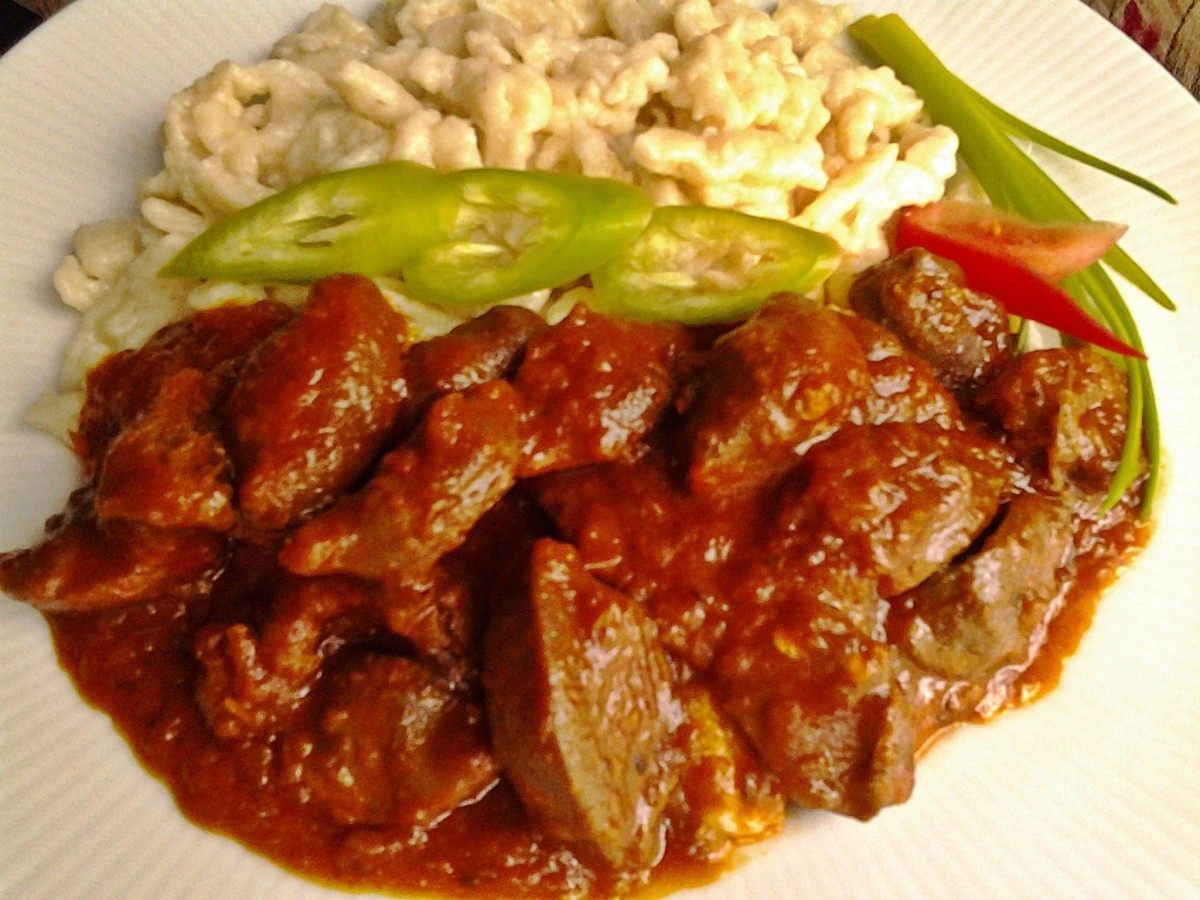 The versatility of perkelt lies in the possibility of its preparation from different types of horned and winged meat, as well as fish, crayfish, as well as mushrooms and vegetables. 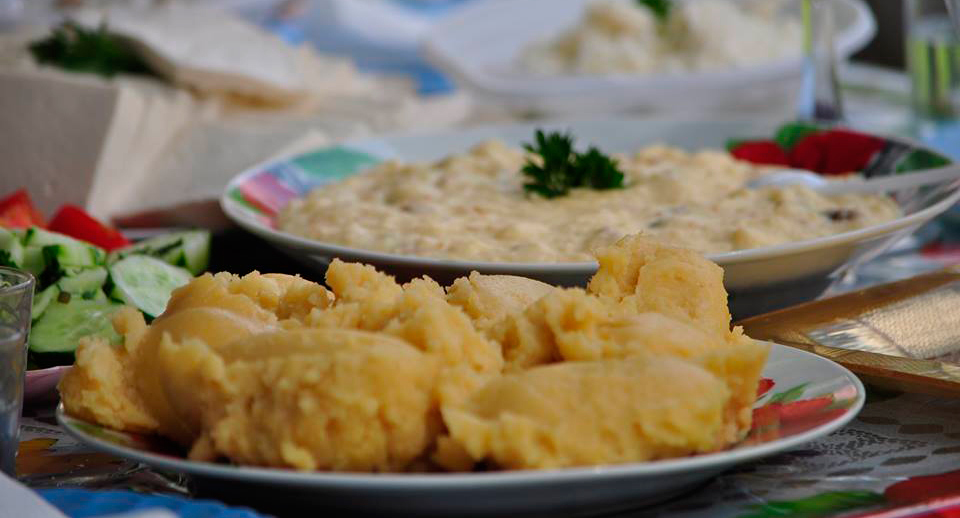 Under this mysterious name lies ordinary unpeeled boiled potatoes baked in sour cream with eggs, sausage and cheese. Every Transcarpathian housewife has her own original variation of the dish – one is tastier than the other. 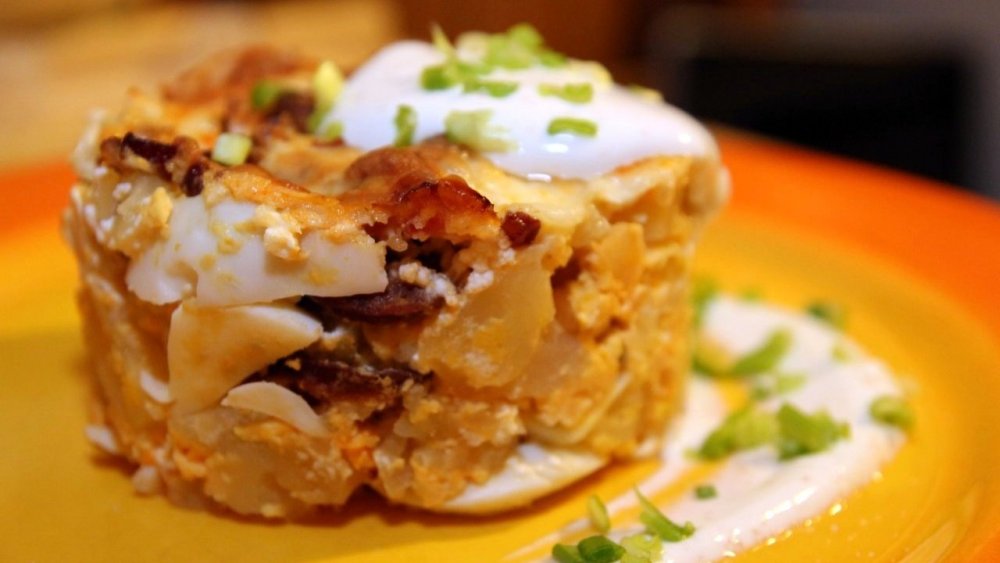 Some people add lard to rocket cramps, some people add piknytsia (see below) or ham, and some people add whipped cream instead of sour cream. However, the appetizing traditional dish from these experiments does not lose the status of a national favorite. 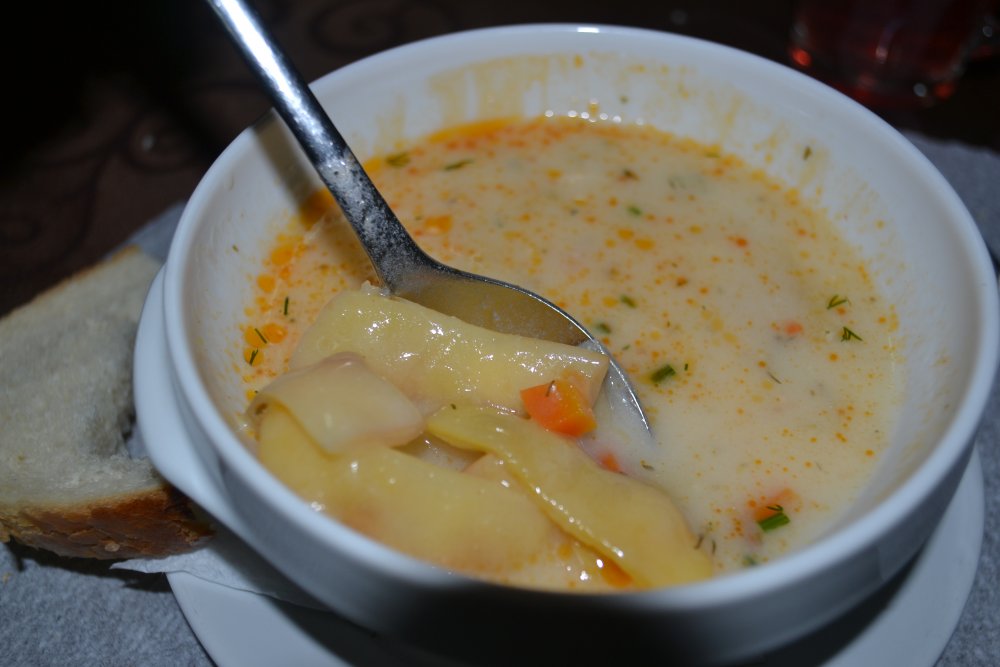 Lopatky are asparagus beans. The composition of the traditional fragrant soup, in addition to lopatky, includes smoked ribs, potatoes, paprika, a favorite of Transcarpathians, and other spices. It is made with sour cream, sour milk or kefir.

Continuing the vegetable theme, we include the popular Transcarpathian lecho in our hit parade. The dish of Hungarian origin is very easy to prepare and quite democratic in terms of ingredients. Traditional lecho is made from sweet peppers, onions and tomatoes with the addition of eggs and sour cream. Sometimes, homemade sausage or smoked meat is added to the lecho, which, as you know, does not spoil the dish at all. 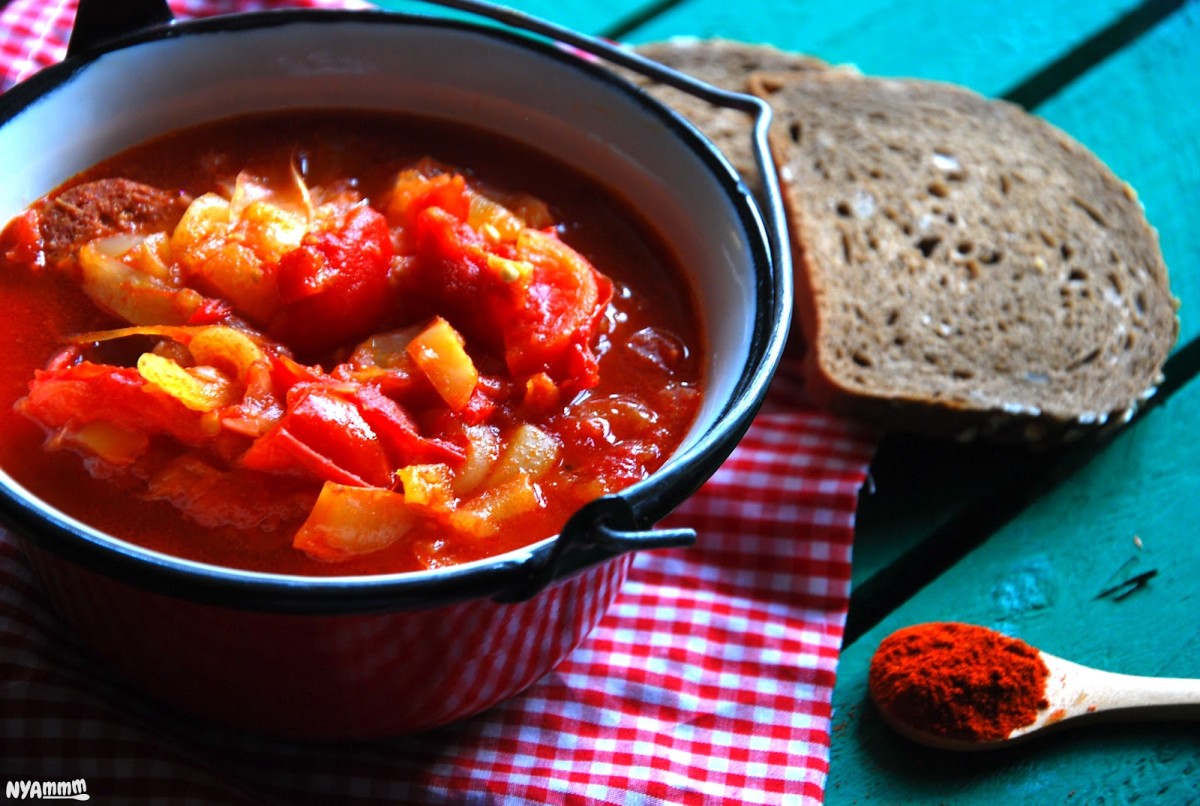 Torhonia – homemade pasta – one of the ancient Hungarian flour dishes. Its preparation is quite special and requires practice. The kneaded stiff dough should be dried and grated. The resulting balls are further dried, roasted, covered with ground red pepper, and stewed in the oven with vegetables and herbs. The crumbly torhonia matches well with rich perkelt. 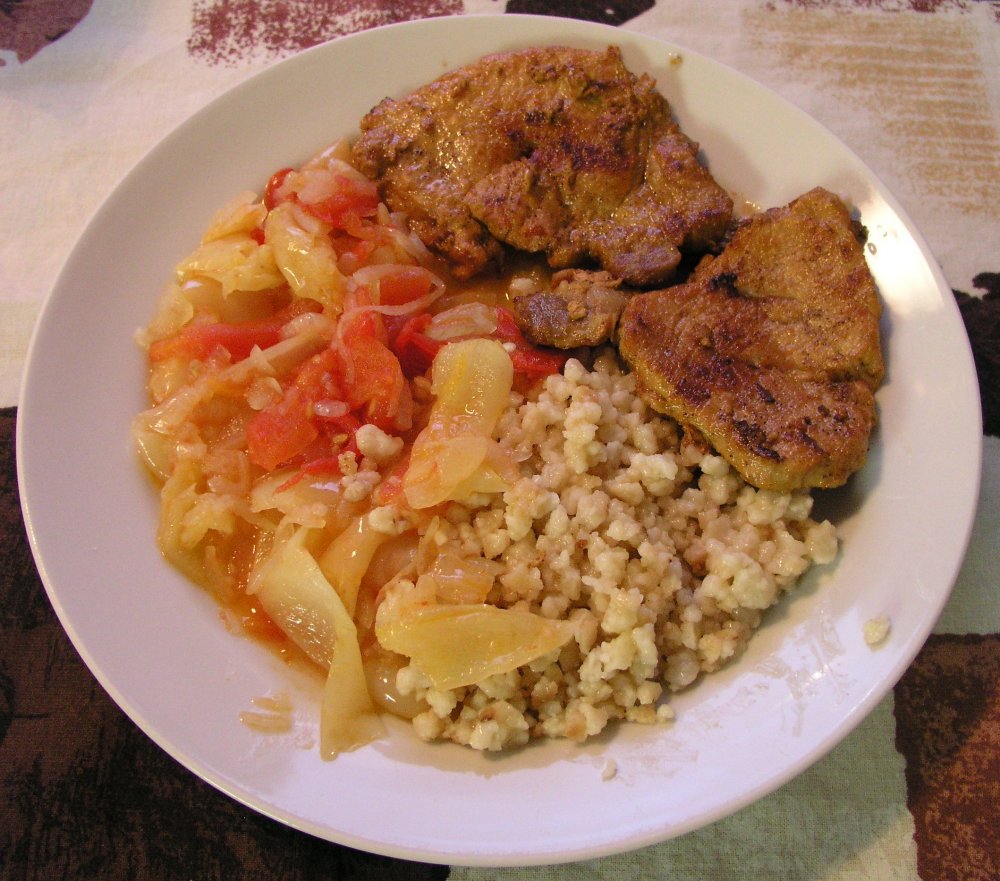 The secret of unsurpassed taste and aroma of Transcarpathian soup lies in the main component of the dish – white mushrooms. Fresh or dried mushrooms, mashed onions and carrots, garlic and spices are used to prepare the soup. To soften the taste, Transcarpathians add sour cream and flour. 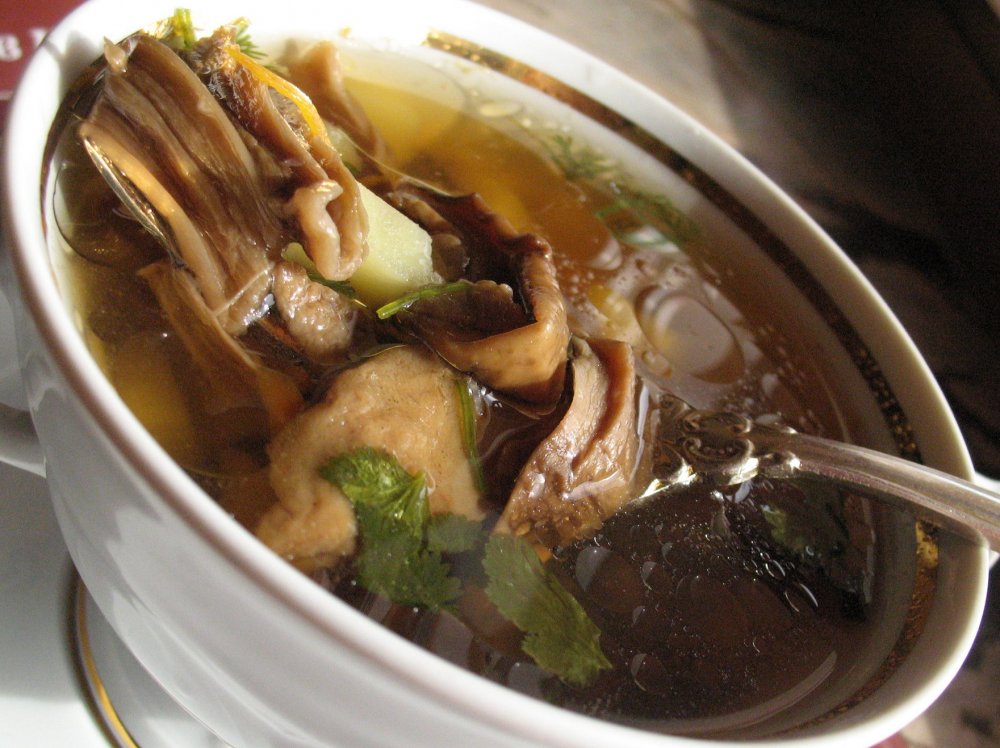 Golden langos is a popular Transcarpathian flour dish. It is made from yeast dough with the addition of oil and eggs. Fried in lots of oil, coated with sour cream, and sprinkled with cheese, fluffy langos melts in your mouth. By the way, in Hungary, traditional langos successfully competes against all kinds of synthetic fast food. 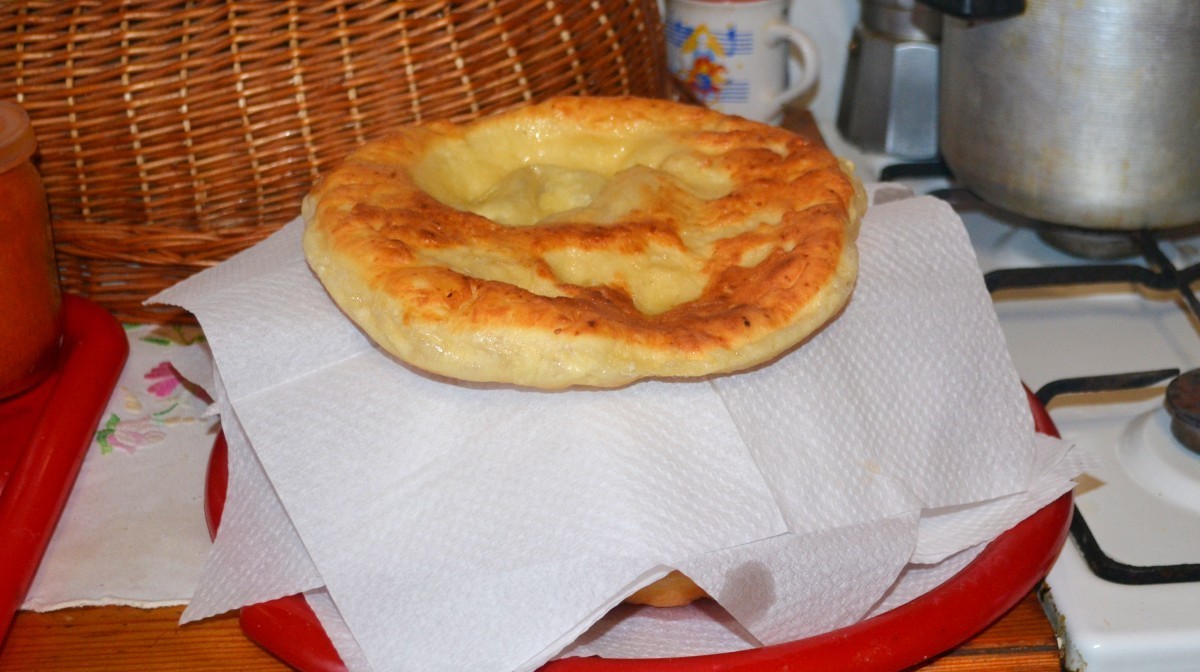 Knedlyky – an original dish of Czech origin, known for its many variations. Appetizing knedlyky are made from yeast dough, raw or boiled potatoes, meat, cheese and are boiled until done. They pair well with sauces, broth, fried onions, sour cream, and sweet knedlyky, sprinkled with chopped nuts, are eaten with a variety of fruit syrups. 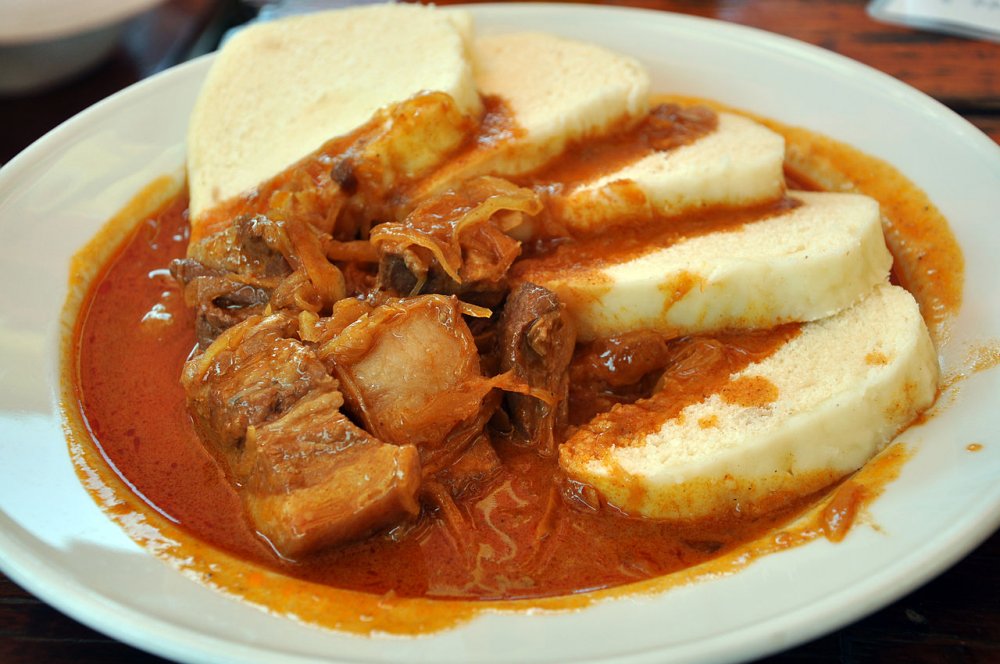 Transcarpathian Gombovtsi are a real delicacy of national cuisine. Good news for those who stick to a healthy diet: in this sweet recipe, yeast dough with tasty fruit filling is steamed. Sprinkled with breadcrumbs, Gombovtsi are a treat for dessert lovers. 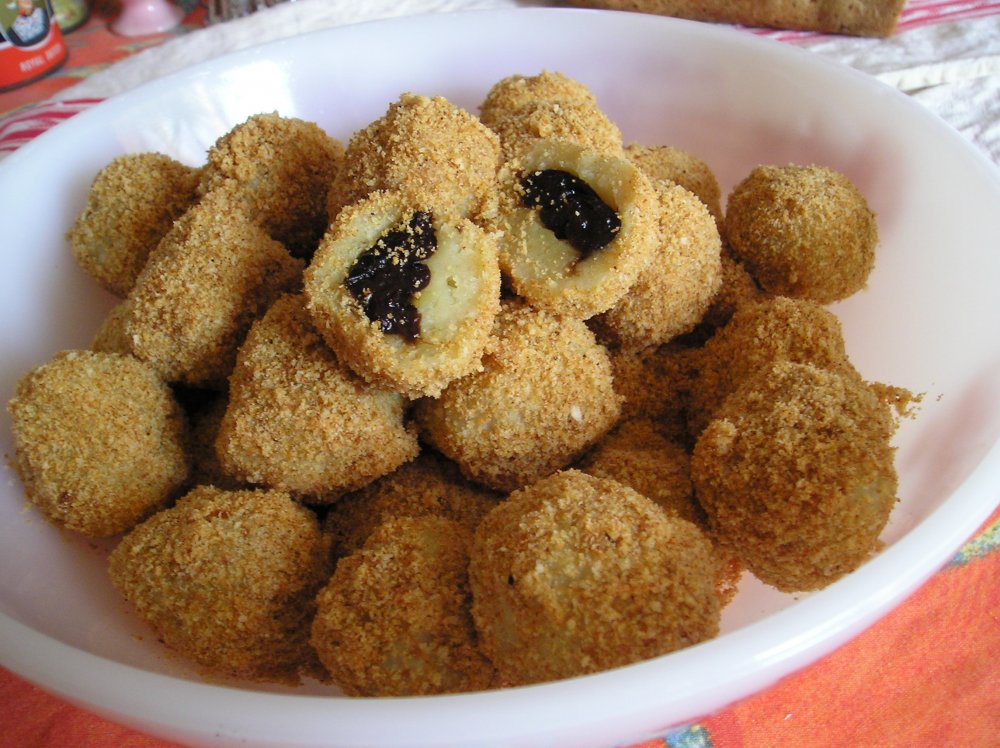 It is impossible to imagine Carpathian cuisine without a nutritious banush. Everyone who visits this region should enjoy banush made of corn flour with added cream or sour cream. To add flavour to the dish, locals serve it with bryndza cheese, pork rind or mushrooms. 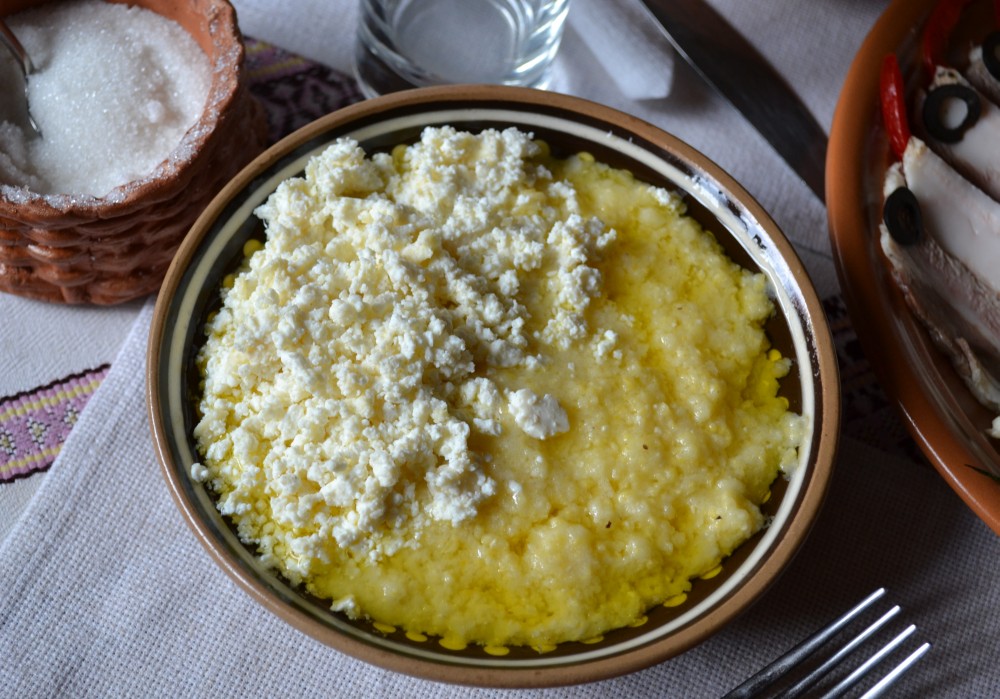 You have an opportunity to try most of the recommended dishes on our tours: