On the surface of it, Olesky Castle does not look very luxurious. However, the powerful energy of its stern and impregnable figure, standing on a hill among the dried swamps, makes you lose your breath.

Its legendary history dates back to the Middle Ages. Its fate has experienced many ups and downs, its present is filled with the hustle and bustle of tourists who are genuinely delighted with the treasures and romantic atmosphere of the castle and the dreamy beauty of its park alleys with chimeras.

You can visit Olesko Castle on our tours: 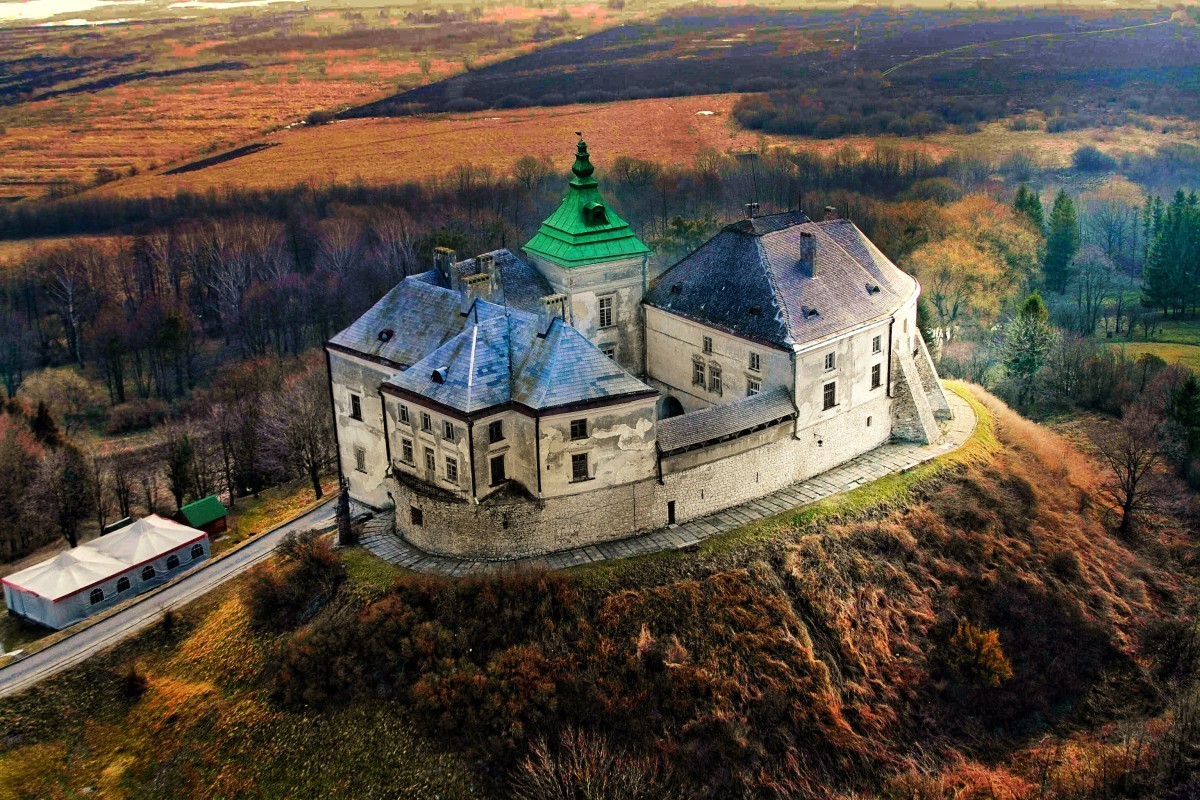 History of the castle

The first written mention of the unique landmark in the cozy village of Olesko dates back to 1327. According to researchers, the castle was built by one of the descendants of the King of Ruthenia Danylo Halytsky. During the separation of the Galicia-Volyn principality, the castle, located on the border of Poland and Lithuania, was a spot that both states wanted to possess. Later it was at the epicenter of the liberation struggle and repeatedly fell victim to Tatar raids.

At the end of the 16th century, voivode Jan Daniłowicz had the castle decorated by European architects and artists in the style of the Italian Renaissance. At that moment, this fortification was transformed and turned into a real magnate residence. One hundred years later, the castle changed its image during the restoration work initiated by the wife of Polish monarch John III Sobieski, Queen Marie Casimire.

The heyday of the castle happened during the ownership of Volyn voivode Seweryn Rzewuski in the late 18th century. Its rooms were reconstructed according to the best European traditions and received vibrant names – ‘portrait room’, ‘mirror room’, ‘Viennese room’ (thanks to Altamonte’s painting “Battle of Vienna”), etc.

Later the castle was passed from one owner to another, suffered a devastating earthquake, war, fire, a treasure hunt with the breaking of walls and other vandal acts, and, finally, reached a total decline. It hosted an agricultural women’s school and military warehouses.

Finally in 1975, after many years of restoration work,  Olesky Castle acquired the status of a museum-reserve as a department of the Lviv Art Gallery. Art historian Borys Voznytsky assembled the exhibition for the castle and gave the landmark a new life. A beautiful park around the castle with ancient and modern sculptures was restored as well.

At the exhibition, you can get acquainted with paintings, sculptures, and decorative and applied arts of the 10-18th centuries. Interesting archeological finds are presented separately. The interior of the halls is decorated with elements of stucco, stained glass, mosaics, wall paintings of the 18th century, tiled fireplaces. Antique furniture, lamps, and tapestries recreate the atmosphere of the life of the former owners of the castle.

Here you will see rare collections of icon painting and religious sculpture of the Galician-Volyn school of the 15-16th centuries, Ukrainian paintings of the early 17th century, monumental and decorative art of the 17th century, a unique wood sculpture of Lviv artists of the 18th century, epitaph portraits. A separate hall is dedicated to the ‘Battle of Vienna’ by Martino Altomonte,  recently restored in Poland, which was ordered by King John Sobieski in honor of his triumphant victory over the Turks in 1683. 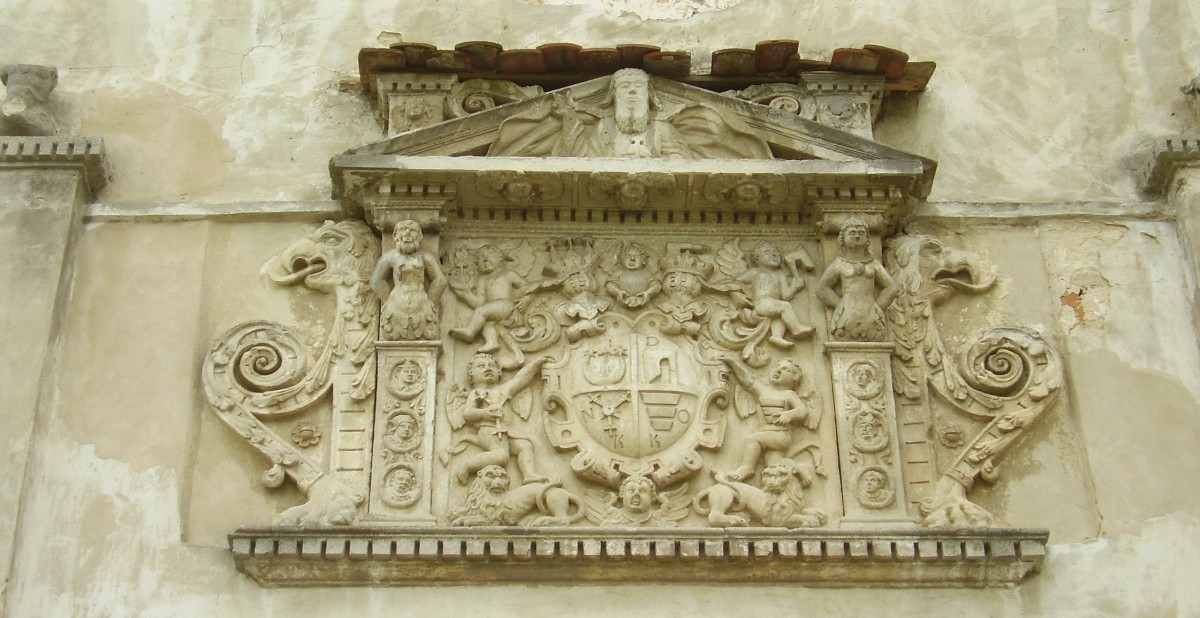 Visiting the castle will immerse you in the incomprehensible world of art, tell you about the historical past of the region, enchant you with the romantic wind of centuries.

The castle of such a respectable age cannot exist without legends. Olesko castle has many such legends. The most famous ghost of the castle is the unfortunate suicide lover Adam Zholkevsky, who ended his life in one of the rooms of the estate and still wanders its corridors at night.

In addition, in the cells of the neighboring Capuchin monastery of the 18th century, which is unfortunately closed to visitors, there is a mystical character – the monk Casper, who either jumped into a well or was walled up alive in the walls of the monastery for the sin of adultery. His remains were found during the castle reconstruction. This discovery is probably related to the legend of the skeleton cult, which served as a kind of talisman of the castle: one of the dead monks was not buried until there are only the bones left of him. 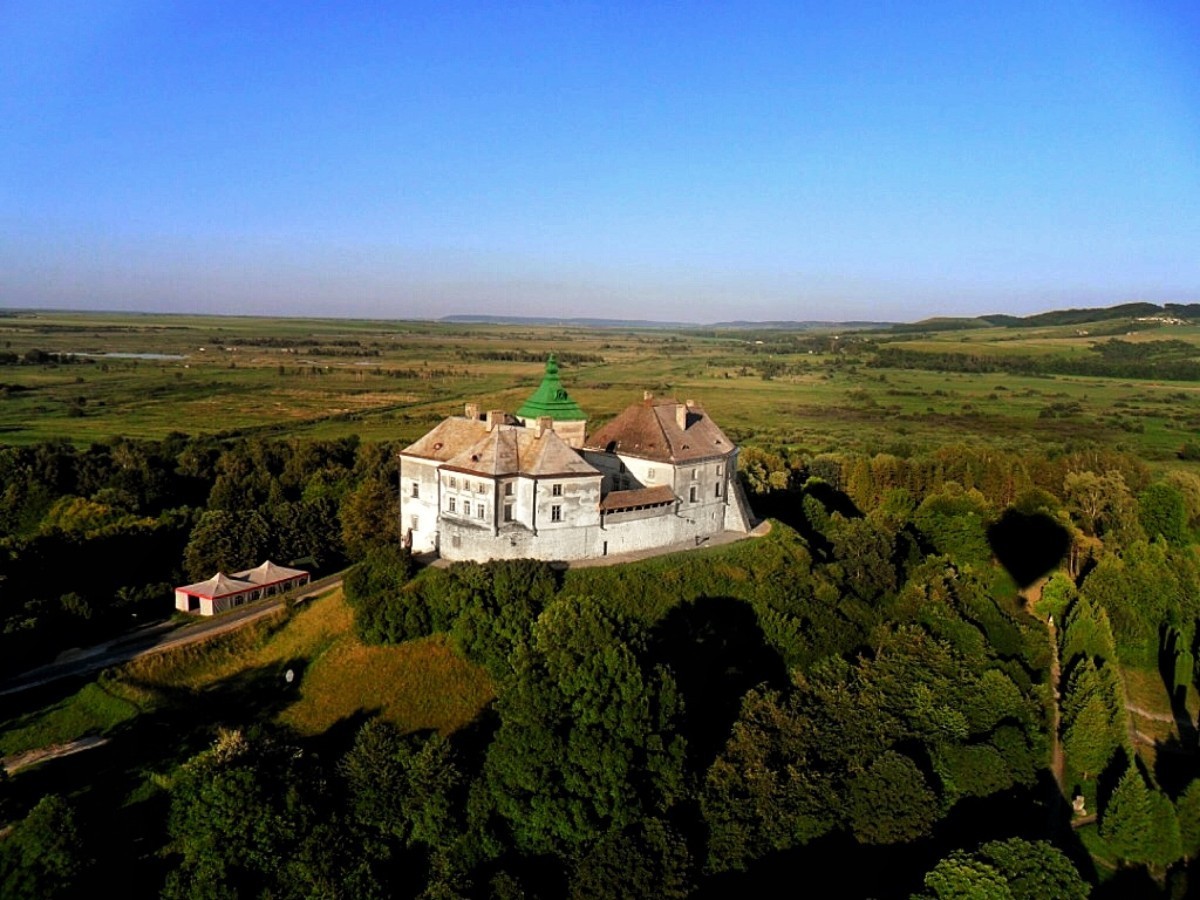 Whereas the romantic love story of King of Polish-Lithuanian Commonwealth John III Sobieski and his French wife, Marie Casimire, is associated with Astree and Celadon, the characters of the French pastoral novel.

How to go to Olesko Castle?

You can go to the castle from Lviv by car, shuttle bus, electric train, or with a travel group. 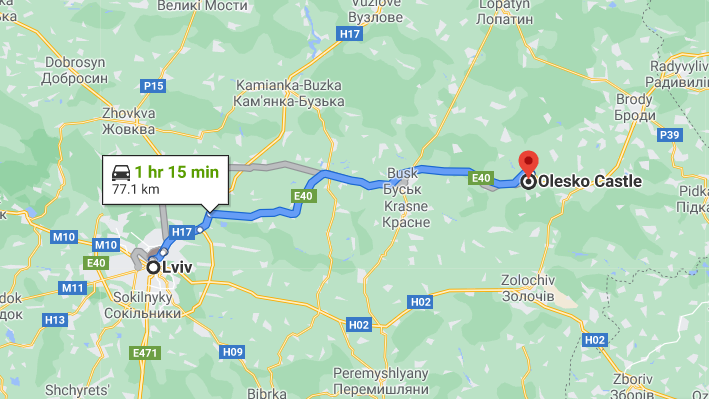 The last option is suitable for people who like to travel comfortably and meet new people. Together with the group, you will not only be taken to your destination but also will be shown everything and told about the various attractions of the castle and even its eerie stories. 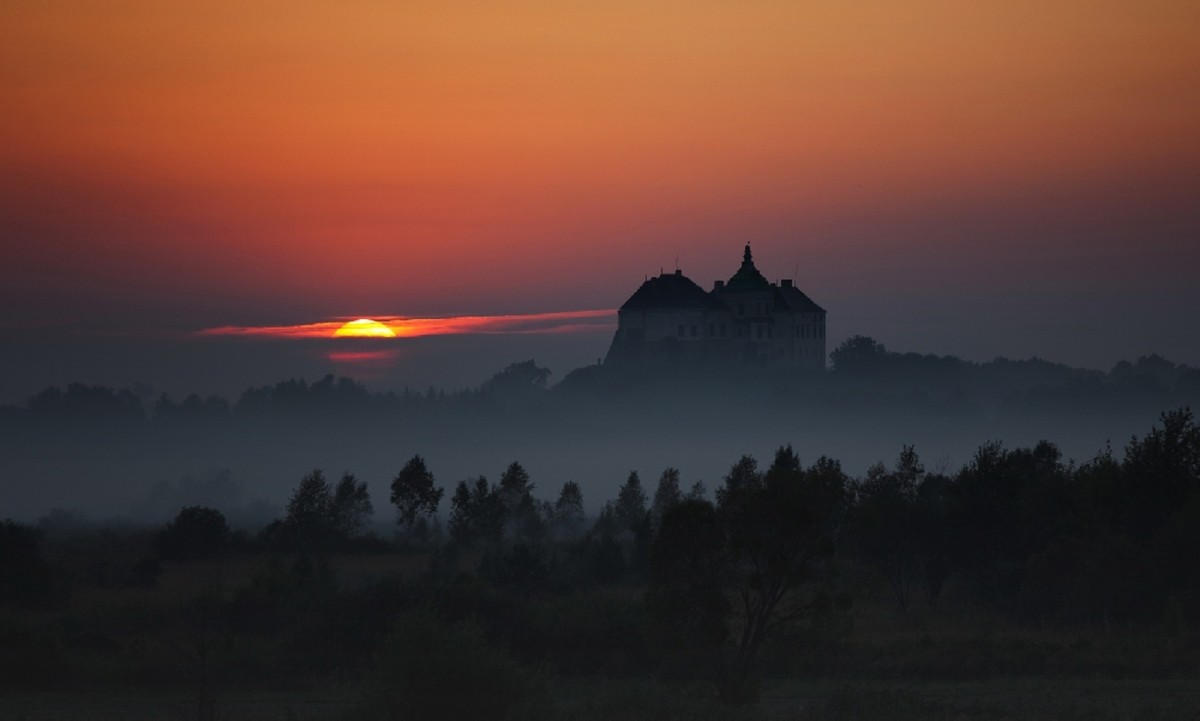 You see the castle on our tours:

Olesko Castle is a great attraction not only of Galicia region but of Ukraine as a whole. On our tours, you will get acquainted with its many pearls, enjoy a walk through the shady alleys and also taste traditional Ukrainian dishes and drinks amidst the romantic atmosphere of the knightly Hrydnytsya restaurant, take pictures in a medieval costume and visit the museum of Medieval tortures.