My love for the city of the Lion began in February 2011, when I,  a 2nd-year student, first came here with a friend for the Christmas holidays. I believe in love at first sight as I immediately fell in love with its architecture, narrow streets, coffee shops at almost every step, lush gates and lacy decorated stairs inside the old buildings. Thus began my love story with the city.

There were years when I came to Lviv every month. Others, not so often. Sometimes, on business. More often, just to walk around the city, visit “my” places and coffee shops. But I always make sure I come here at least twice a year.

You may be interested in our Tours around Lviv. 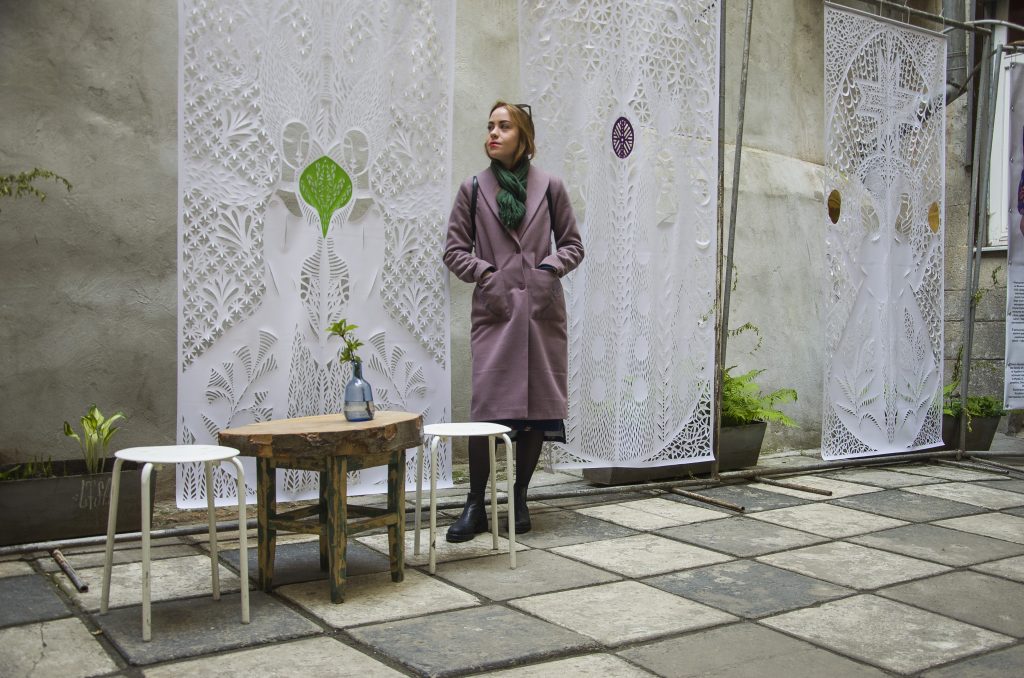 Some of my friends are surprised at how I  can go to the city where I have been a hundred times. It turns out that I can. Of course, Lviv is not as big as Barcelona or Paris. However, this city always finds something to astonish me. Every time, I find streets I haven’t walked down yet, or old mansions I haven’t seen, or stories that I haven’t read. It’s great when you have the opportunity to come back again and again, to discover something new in a city visited so many times. 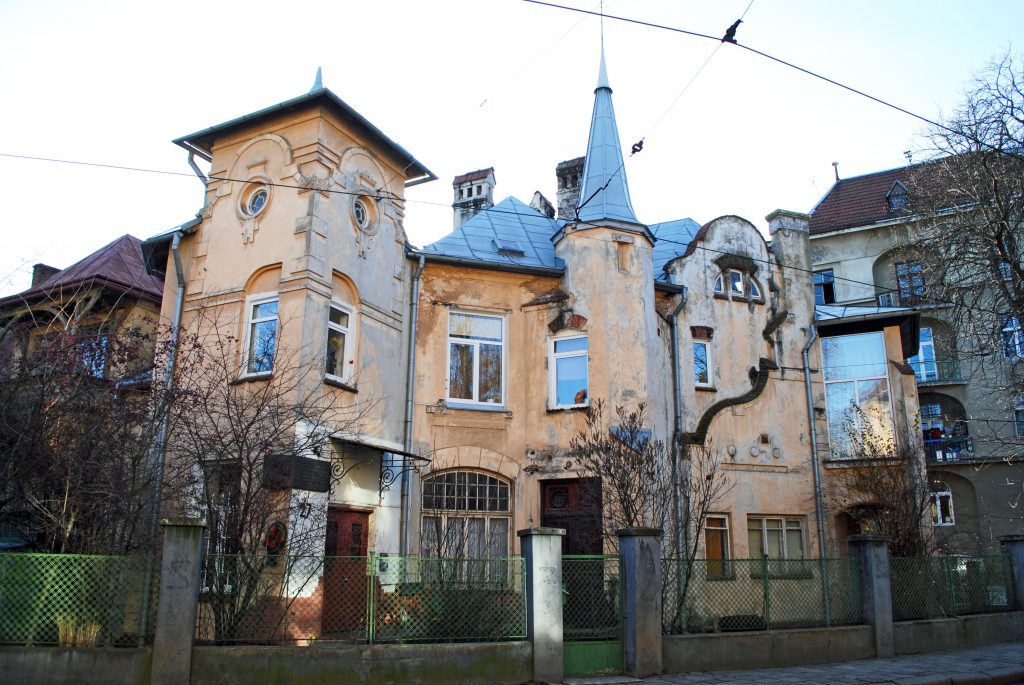 It is difficult to be indifferent to Lviv. You can love it or not, praise it or say that “my-city-is better”, but you cannot be indifferent. In her new book “That is Lviv. A collection of urban stories” Mariana Savka aptly writes, “The city of the Lion weaves itself an incredibly complicated and colourful carpet of endless threads-stories – funny, dramatic, tragic. They sing-praise it, immortalize in pictures, songs, novels, poems, photos, films. People fall in love with it, get jealous, betray it, leave it, try to forget it;  they return to Lviv or run away from it forever. The city swallows someone or pushes up like a plug. For some people, it is a city of beautiful antiquity, coffee and jazz, and for me, Lviv is a city of my people.» 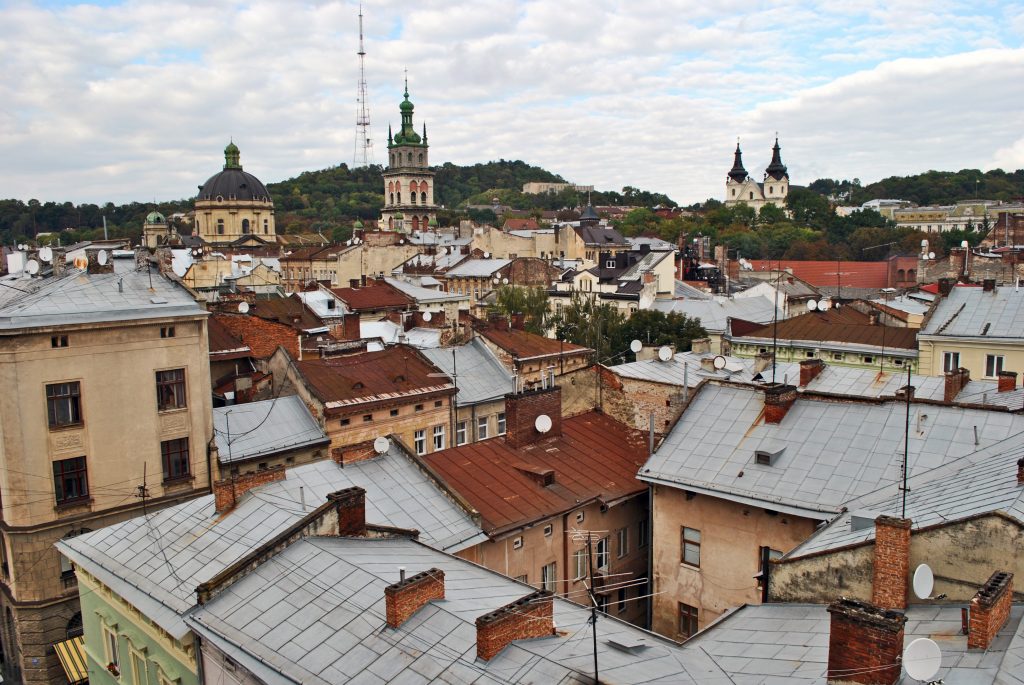 And indeed it is. My first trip to Lviv was just an acquaintance with the facade: Rynok Square with crowds of tourists, must-visit cafes and restaurants in the centre, Lychakiv cemetery, a climb of the Town Hall. And just after you walk around the Rynok Square a dozen times and visit all the museums, you stop for a while and begin to realize what you have seen and felt and where you have been and start looking for books which can tell you more. This is how history books appear on my bookshelves interspersed with fiction: books by Ilko Lemko and Vynnychuk, “Lviv – a city of inspiration. Literature”, old books, bought near Fedorov, and one of the recent, “Lviv. Re-reading the city” by Katazhyna Kotynska. 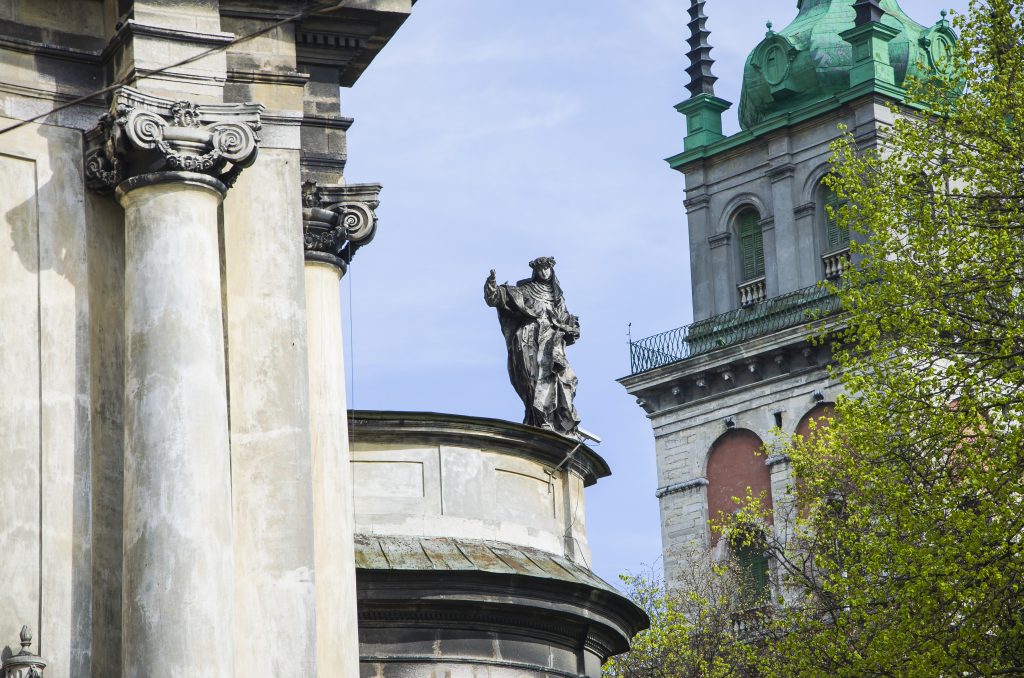 And then you see not just a beautiful facade, but, above all, the people who created this city. Let’s mention at least Ivan Levynskyi and Yulian Zakharevych, who planned the garden-city, now my favourite area between the streets of General Chuprynka, Horbachevskoho and Kotliarevskoho. Or the Mund brothers whose tiles decorate a majolica house on Kurbasa Street,  as well as many other buildings in the city. When you know the people and history, your attitude to the city is very different. It is not just a fanatic delight; it is a conscious love that does not want to prove anything but admires the beauty around and loves without the desire to receive anything in return. 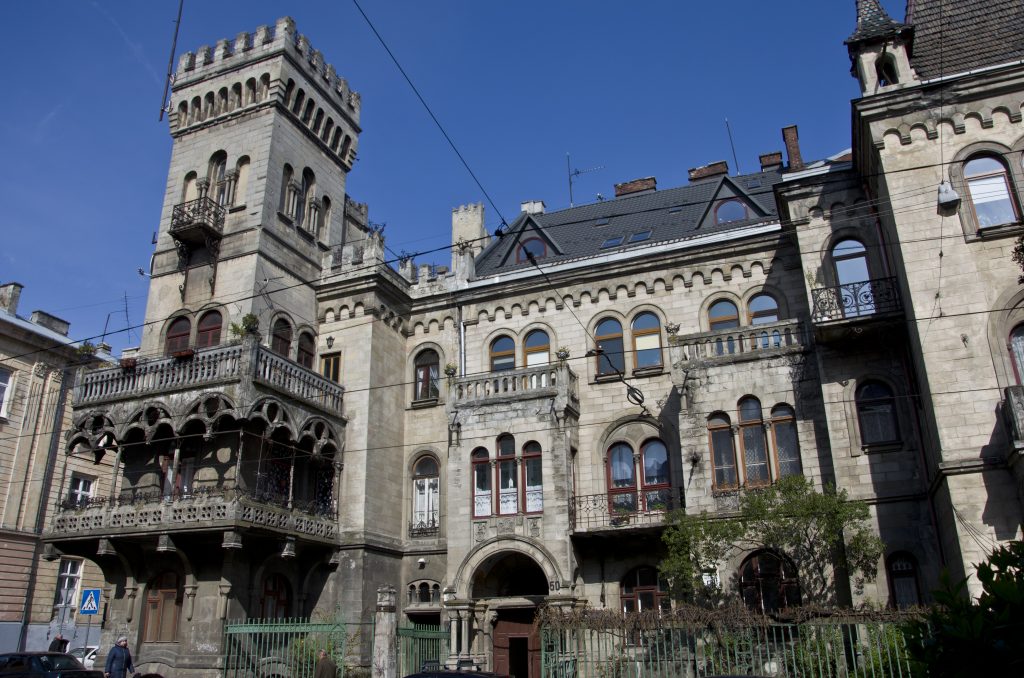 There was a moment when I was thinking of moving to the city of the Lion, and I was looking for attractive projects, but it did not work. I could easily imagine how I would live in an old Austrian house with beautiful stairs, go for a walk in Stryi Park at the weekends, buy sweets at “Bilka” or drink coffee with cinnamon. I could imagine myself reading books bought in the bookstore, Ye (which, by the way, we still don’t have in Odesa), on the terrace, but I couldn’t imagine my life without the sea? The sea, which I am so used to, and let me (like most of Odesa residents) rarely go to the beach, but how could I live without walking along the coast? Of course, there were many other reasons why my move to Lviv did not work out. However, the sea became a treasure that I would feel pained to lose. 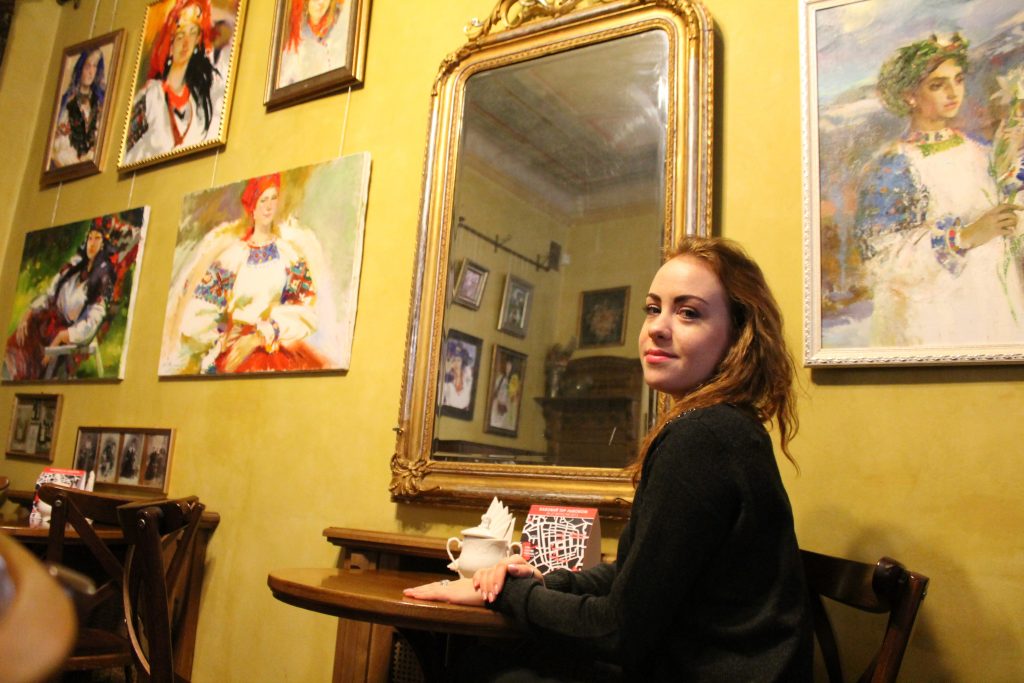 In Lviv, by the way, I often looked for the sea, especially after I had read “Jimmi Hendrix’ Lviv Tour” by Kurkov, and I could see the sea almost everywhere. Interestingly, the city still has streets Rybna and Chornomorska (near Staryi Rynok), but the sea is not worth looking for. On the other hand, through the city’s almost  totally cobbled and walled-up hills”, quoting Andrukhovych, “passes the watershed of the two sea basins – the Baltic and the Black.” And the writer himself calls Lviv a city-ship, referring to the Poltva, once a deep river, where “three hundred years ago ships sailed from Gdansk and Lubeck, and in its waters, they used to catch snake-like Atlantic eels with bare hands.” The sea is the difference between Odesa and Lviv and, at the same time, it is a conjoint parallel that can be drawn between the Baltic Sea and the Black Sea. 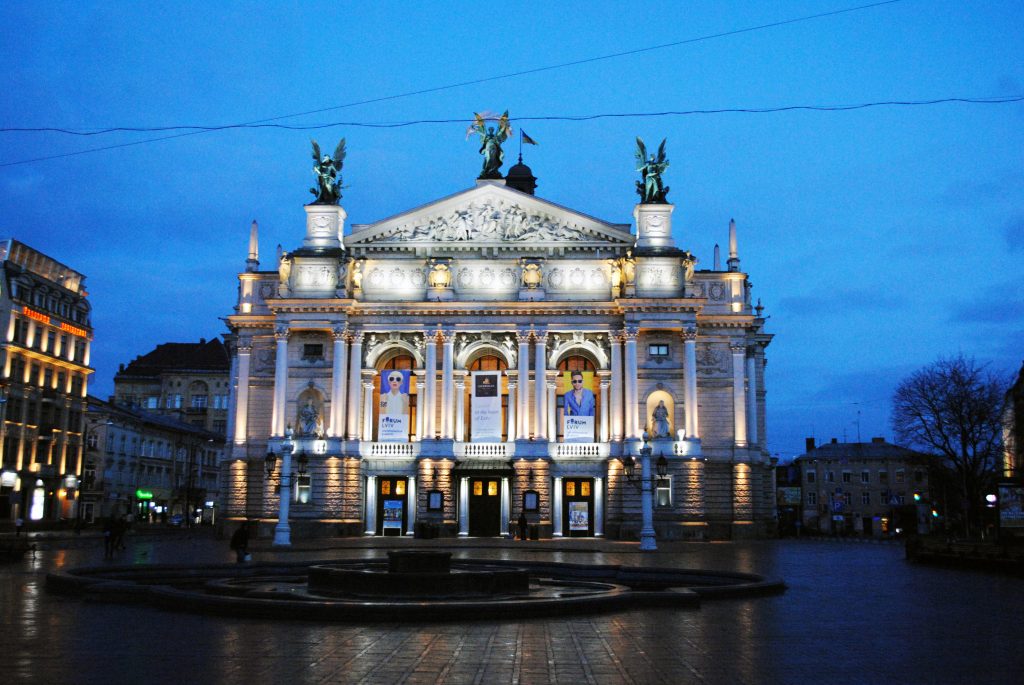 There may be more things in common. Italian architects, cosy courtyards near houses, cobblestones on the old streets (of course, in Odesa they are of a different origin, but still), Opera Houses, love of literature – if you wish you can find common ground.

It is incomparable, but what you cannot stop admiring is architecture. Why is it difficult to compare? Because Odesa and Lviv were built at different times and in different ways. Lviv is a classic medieval city with a network of streets around the centre, while Odesa is a port city, one of the few ones of the Russian Empire built according to a detailed preliminary plan. Different styles, different building materials. But despite similarities and differences, I don’t love Lviv more or less. 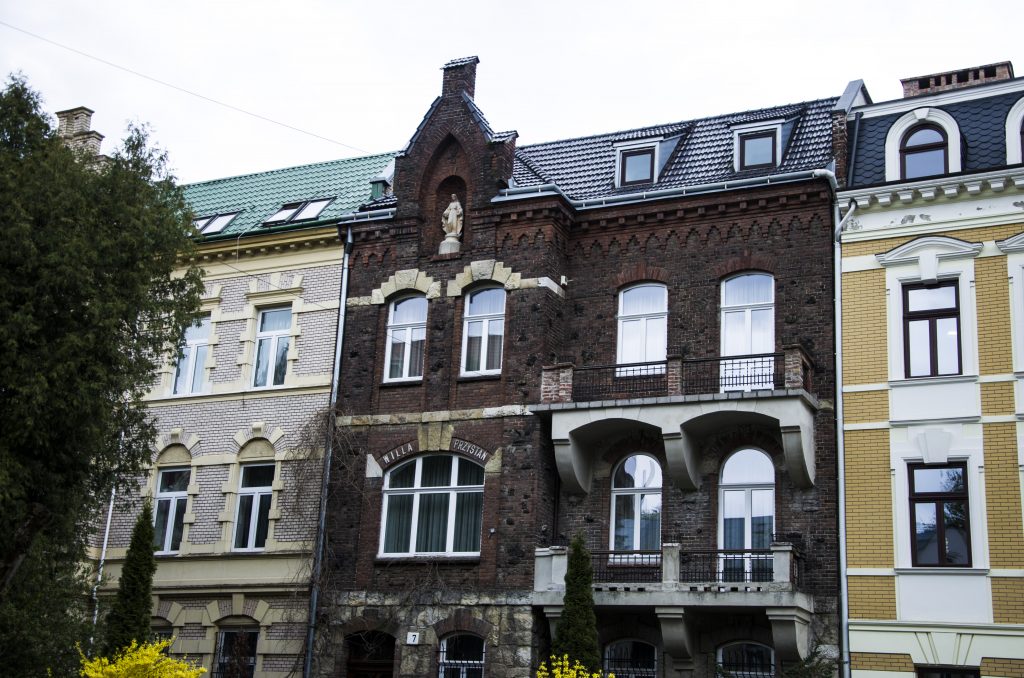 My favourite architectural parts of the city are the General Chuprynka Street with its villas and old houses; Kotliarevskoho Street, where the ceilings in the front halls preserved coloured paintings; Doroshenka Street, where recently I had visited the banker Landau’s luxurious home; a little distant Metrolohichna Street, where hides the villa  Yuliietka with probably the only preserved sundial in Lviv; a wooden staircase in the house of Solomiia Krushelnytska; Ivana Franka Street; the cosy Rutkovycha Street with original gates and balconies; the arch of the Stryiskyi Park and the park itself (although it is a natural area). The Jewish hospital (now the maternity department of the 3rd city clinical hospital) in Neo-Moorish style made a great impression; it is strange, why I had not walked along Rappoporta Street before. I can endlessly talk about this architectural walk as I discover new places every time. I fall in love with them and my Instagram is updated with photos of Lviv’s gates and courtyards. 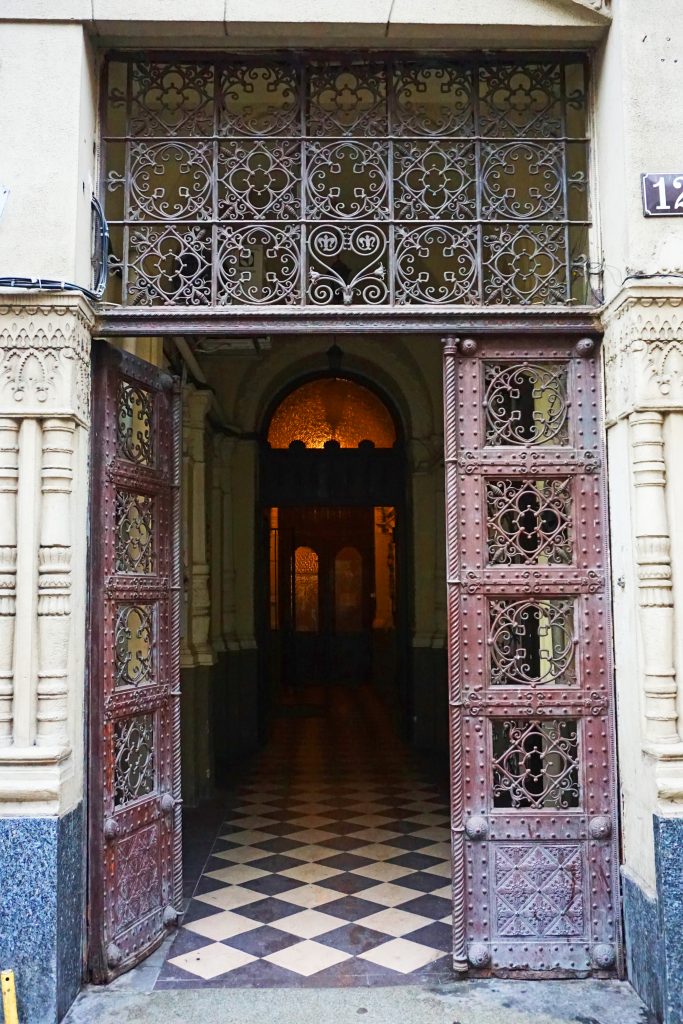 Unchanging rituals are morning coffee in “Shchos Tsikave” after an early arrival by train and a glass of wine with Lviv friends in Café 1. Everything else is without any plans, because I realized long ago: the best discoveries are spontaneous and adventurous. Of course, I plan to visit some places in advance and look for them, like a magical Schulz’s house in Bohdana Khmelnytskoho Street, but more often I like to just walk without a map, friends’ tips or Google, take photos of buildings or curious details, then explore what I have seen.

Lviv, like Odesa, requires no hurry, quietness and a sincere heart; it opens itself only to a curious researcher who wants to see something more than just tourist shops and routes described in the guidebooks.

Having visited Lviv dozens of times, I am beginning to feel almost at home here. A pleasant compliment to me lately has been the question of tourists “how to get to Bankova street” or somewhere else, so I am already perceived as a local. And the taxi driver was surprised when I answered the question “where are we going” “home, to Odesa”, because at first, he thought I was from Lviv. Well, a part of my heart is forever given to the city of the Lion, and what I most want is that the Odesa-Lviv train runs its daily schedule.

Find flights in Lviv for your stay. 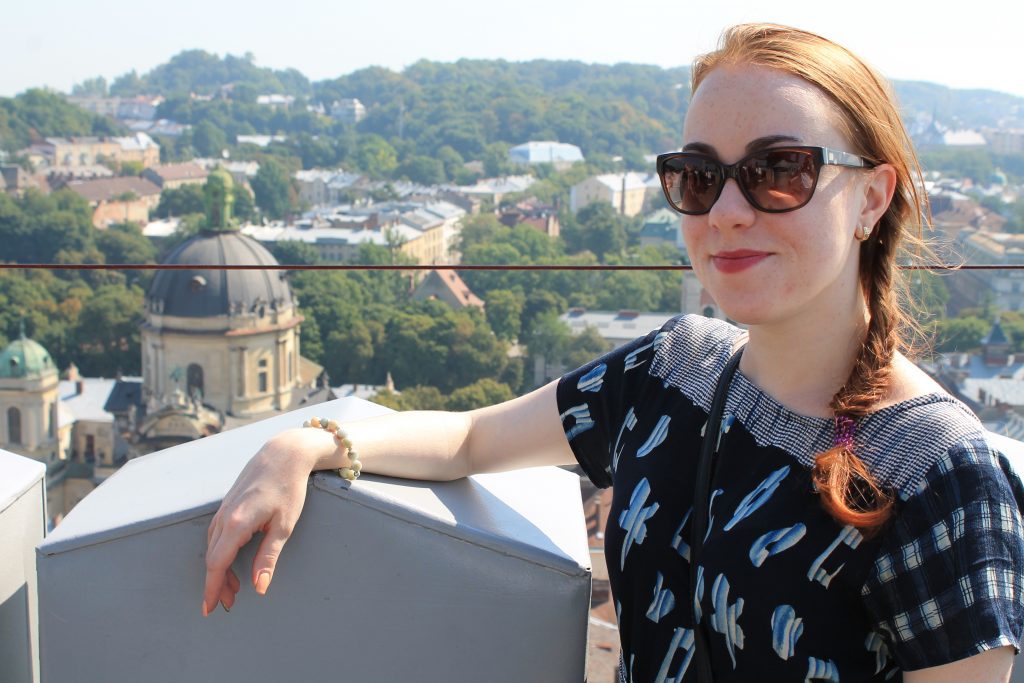